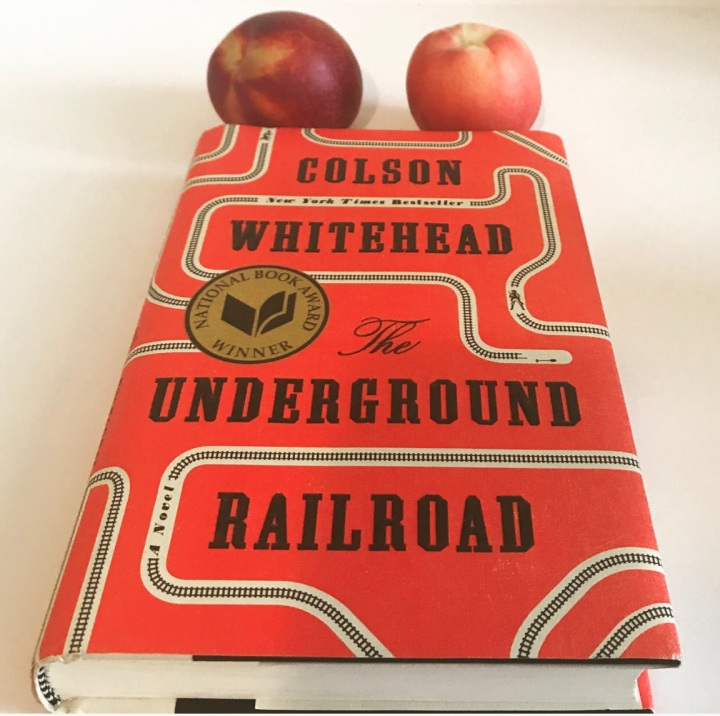 “The Underground Railroad is bigger than its operators–it’s all of you too. The small spurs, the big trunk lines…It goes everywhere, to places we know and those we don’t,” pg. 267.

Colson Whitehead’s The Underground Railroad reimagines the escape route as an actual line, which includes conductors and stops. In what amounts to nothing less than a brilliant cosmic convergence, Whitehead’s book provides intellectual cover for Porsha Williams’ iconic scene during her first season on the The Real Housewives of Atlanta. For those readers who do not watch Peak Reality TV, a short recap: her co-stars and viewing public loudly derided the then Mrs. Williams-Stuart for stating that the underground railroad was a real-world entity. (Ed note: It would be fun to know that Whitehead also watches this particular tv show. I imagine, however, the genesis of the book project predates the airing of the episode in 2012). The protagonist, Cora, must navigate the unpredictability of different stops on the underground railroad in an epic search for freedom.

Whitehead’s book achieves the transcendence of my favorite novel, Beloved by Toni Morrison, by humanizing and personalizing the experience of slavery. My one critique is that Cora’s interior life is not as deeply explored. That particular story, however, is not the project of this novel. Whitehead recounts her journey and its obstacles. Cora is an enslaved person who experiences the horrors of residing in Georgia: the casual cruelty of a physical and sexual nature. She achieves a very limited and deeply circumscribed level of autonomy initially by being labeled a crazy person and placed in an area of the plantation for those deemed insane.

One of the clear strengths of the book is that he personalizes the flat, terse descriptions contained in the runaway notices that begin each chapter. Cora embarks on her journey, is eventually caught for a time, but manages to escape again. One of the final places of refuge is an Indiana farm, where the slave catchers raid, kill or capture its inhabitants. The novel also includes short chapters about the white people who populated the southern antebellum milieu: a slave catcher, grave robber, abolitionist. He puts them in conversation with the clear narrative arc of Cora’s story.

In the course of reading fictional and nonfictional accounts  of slavery, I do not have the professional distance that the training dictates of a social scientist. As a child, I learned from the Richmond family oral tradition that my great grandparents were sharecroppers and their parents were slaves. I, therefore, identify with Cora. I know slavery was awful but the experience of reading thousands of pages recounting the gruesome details is shocking. To be an American historian is to be deeply acquainted with the chapters and verses of its horrors. It makes me feel some type of way when I emerge from my office and get on the train with the masses of humanity. Ultimately, Cora’s story is linked to my family and the story of America. It is a necessary one.

In the end, Cora receives some semblance of justice. Terrance Randall, the owner of the plantation, dies ignobly. He is unable to recapture her, despite increasing the award money and advertising for her return all over the south. She finally makes it to a stop where she can then travel to California. To be sure, slavery is a bad, brutal institution. Whitehead reminds us there is sacrifice and beauty as well in the search for freedom. The historical field has also established that there was agency in not only running away, but in the everyday acts of resistance that created living space for millions: breaking tools, feigning sickness, learning to read, and reshaping religion into a liberation theology. This is a good read.